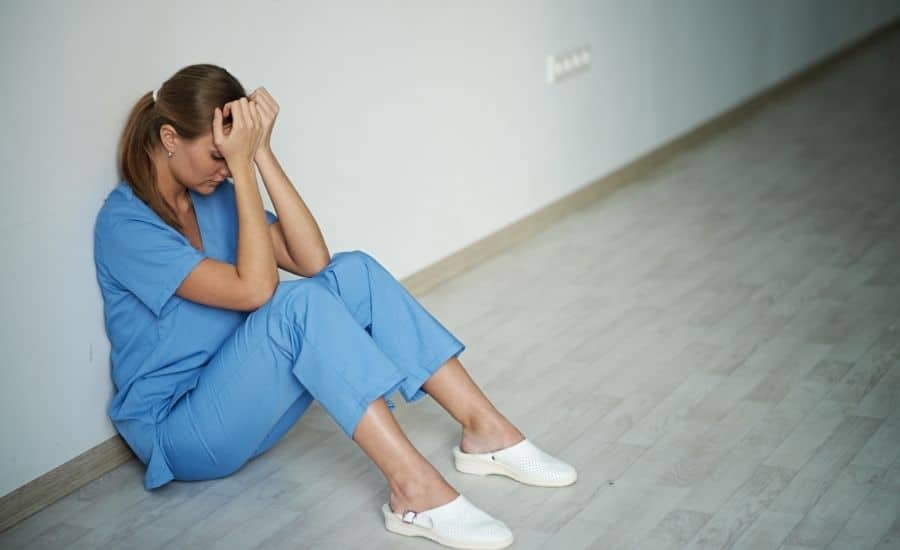 A recent study in the journal JAMA Psychiatry has found that female nurses are 70% more likely to commit suicide than female doctors.

Furthermore, the rates suggest that they are twice as likely to commit suicide than a female of the general population.

This is alarming and quite frankly upsetting to hear.

It is also important to note that the figures were taken from mortality rates collected before the current coronavirus pandemic even began. If anything the situation is going to be worse now.

Researchers from the University of Michigan analyzed data from the US Centers for Disease Control from 2007 to 2018.

Within this, they found records of 2,374 suicides among nurses. The rates among doctors were much less at 857.

This was compared to the overall suicides within the general population: 156,141.

US Female Suicide Rates (Data from US Centers for Disease Control: 2007 to 2018)

The study also found that the risk of suicide for male nurses was no higher than the general male population.

The findings are surprising and suggest that there is a grave problem with the level of attention given to nursing staff welfare. The proper help clearly is not available.

We have witnessed the stress and work-overload for nurses over the last 18 months during the Coronavirus pandemic. The conversation has at least come to the foreground.

However, to think that this level of suicide rate existed even before Covid reached our shores is frightening.

The researchers also collected data surrounding the method of suicide, with overdose being the most common cause.

This makes a dark logical sense in light of a nurse’s ability to obtain antidepressants, benzodiazepines, and barbiturates.

Again, this points to a breakdown of sufficient care given to the welfare of healthcare professionals and recognition of when individuals are struggling to cope.

Overall, the findings reveal the urgent need for quality wellness initiatives for nurses within the US.