We have said it elsewhere on Nursefocus, a white coat and the stethoscope have been hallmarks of what it means to look like a doctor for over a century.

True, the stethoscope is now a well used tool by all members of the medical profession; however the pseudo-stereotypical image remains strong even in 2018.

Will this slowly begin to change however?

We have covered how the stethoscope could eventually be replaced by ultrasound here.

There is also the advent of the digital, ‘smart’ stethoscope. These are growing in popularity ands are enjoying an increasing market share of stethoscopes sold.

However despite being electronic they are similar in appearance to the acoustic scopes we all know and love – their increased use will only continue the image of the doctor that public holds in their mind.

But what about radar technology? Could this be the eventual replacement to the 2 century old tool that is the stethoscope?

A 2018 study looked into the feasibility of using radar for auscultation and heart screening. 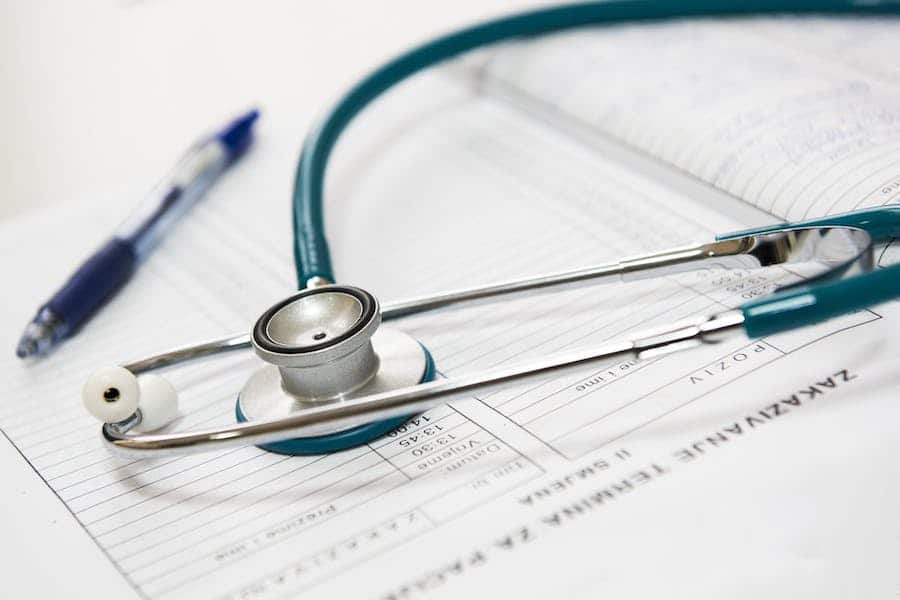 In conjunction with researchers at Brandenburg University of Technology (BTU) in Cottbus and the Department of Palliative Medicine at Universitätsklinikum Erlangen, engineers at Friedrich-Alexander-Universität Erlangen-Nürnberg (FAU) have been working on a procedure that could see radar being used to reliably detect and diagnose heart sounds.

Utilising technology that already exists, the team were able to design a procedure that has the potential to replace conventional phonocardiology.

The principle behind the tech is similar to that of your everyday police speed traffic detector. The researchers used a six-port continuous wave radar system. This was set up in a way that could measure vibrations on the skin caused by the patient’s heartbeat.

As Christoph Will, a doctoral candidate at LTE explains: “During this process, a radar wave is aimed at the surface of an object and reflected. If the object moves, the phase of the reflecting wave changes. This is used to calculate the strength and frequency of the movement—of the chest, in our case.”

The detection sensitivity is able to track movements of just a few micrometres, which is vital if the system is to be able to diagnose the smallest anomalies in heart movement, (stenoses or problematic heart valve function for example).

During the study, test patients were examined using the radar detectors while in varying states of activity. Initial results have been positive.

The results of the radar examinations where directly compared to conventional acoustic stethoscopes, a digital stethoscope and an electrocardiograph (ECG). The team report a very high level of correlation throughout.

Kiln Shi, another doctoral candidate at LTE said: While diagnosing S1, which is the first heart sound, for example, we achieved a correlation of 92% with the ECG.”

Against the digital stethoscope there was an 83% percent direct comparison of the signal shapes.

[For a full report of the study head here]

The engineers at FAU remain bullish on the idea that mobile radar systems are a viable replacement to conventional stethoscopes, especially for critical applications such as heart function diagnosis.

It is clear to see some of the advantages if the technology were to be fully embraced.

The subjective nature of listening for particular sounds is fully removed from the process. The radar system records the values digitally which will help reduce human error during the diagnosis of anomalies or diseases.

The system is also touch-free, which makes the process less stressful and more comfortable for the subject.

It all begs the question, could radar revolutionise clinical care? Could mobile radar devices feasibly replace conventional stethoscopes? It is an interesting question.